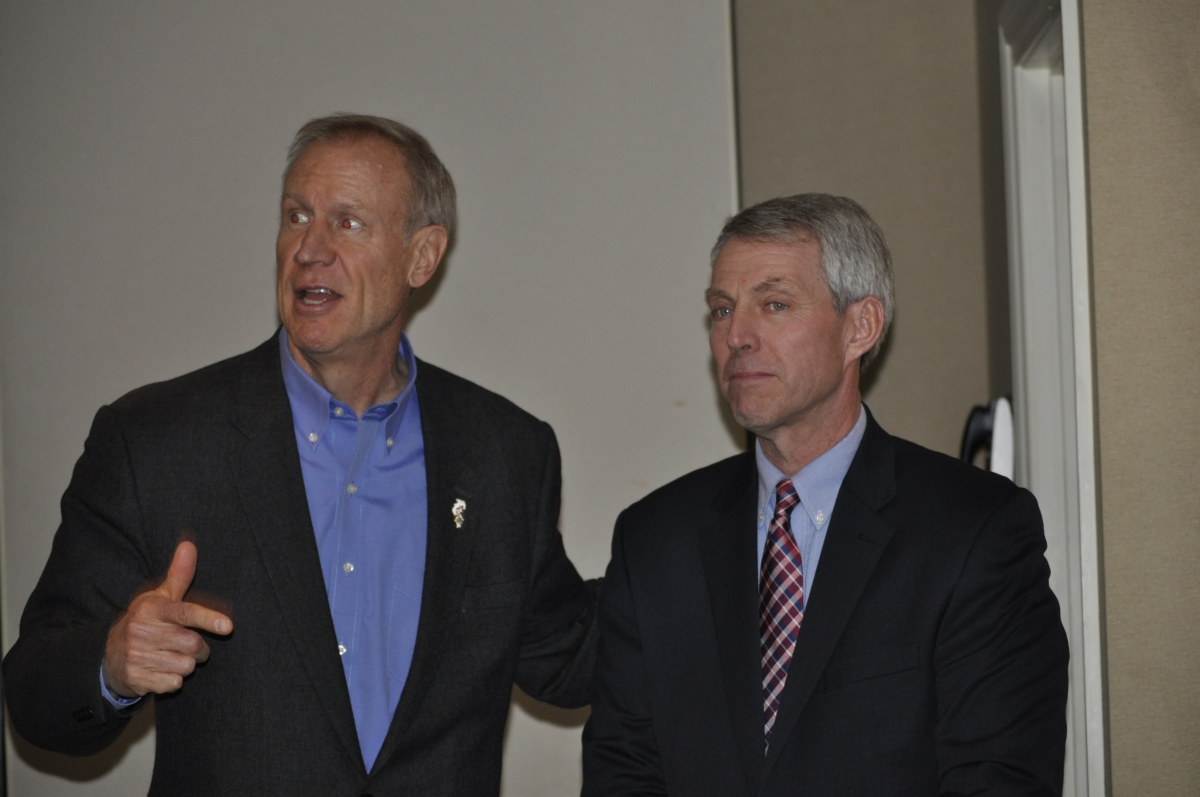 In addition to the endorsement, Rauner and his wife have contributed $10,800 to Halbrook’s efforts.

“I am honored by this endorsement from the Governor,” said Halbrook. “For four years, I have been telling people that Governor Rauner has a plan to turn Illinois around. Now, I hope that I can join him in Springfield to make that plan a reality for the families of the 102nd District.”

“Thousands of families are leaving Illinois each year, looking for opportunity in other states,” said Halbrook. “The Governor and I want to stop that exodus and instead become a magnet for new businesses, entrepreneurs, and young people beginning their careers.”

Halbrook and his wife reside on their farm in Shelbyville. They have two children and one grandchild. Halbrook previously served in the Illinois General Assembly from 2012-2015.

The 102nd District includes all of Douglas, Shelby, and Moultrie Counties and parts of Champaign, Edgar, Macon and Vermilion Counties.