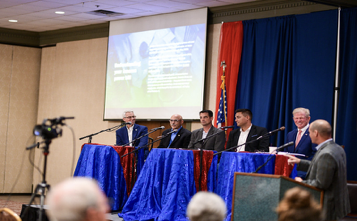 “The CEJA bill is a disaster for Illinois.  I am calling for a full repeal of the bill before it harms our business community and threatens our safety by forcing us to depend on unreliable and unaffordable wind and solar.”

State Representative Brad Halbrook responded, “I want to thank all the speakers who shared their expertise on the energy situation in Illinois. It is vitally important for Illinoisans to understand how our energy is procured and what is happening in the future with energy policy so that residents can hold politicians accountable for the decisions they are making. The CEJA bill is a disaster for Illinois. I am calling for a full repeal of the bill before it harms our business community and threatens our safety by forcing us to depend on unreliable and unaffordable wind and solar.”

The Illinois Manufacturers Association representative stated that MISO procures power regionally and as Illinois shuts down coal plants here, MISO will just buy coal power in other states and push it to Illinois. He also said legislators failed to heed warnings of higher prices and low supply if CEJA was passed. Legislators knowingly voted to disrupt Illinois’ power supply.

VISTRA, a power producer, said Illinois will lose 1,000 MWs by the end of this year with the closure of two coal plants. VISTRA only has plans to add 300 MW of solar in the near future in Illinois and the VISTRA representative admitted they are having procurement problems in obtaining solar panels.

Representative Halbrook mentioned that the MISO app showed that at the time of the town hall, MISO power mix was 41% coal, 35% gas, 13% nuclear, and less than 10% renewable.  And yet, the CEJA bill has a goal of 40% renewable by 2030.

The town hall was streamed online and can be viewed at this link. 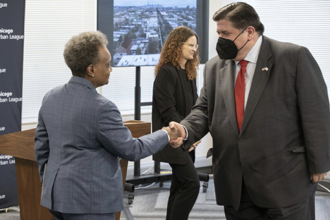 Who will be cashing in on this one?

Gov. J.B. Pritzker’s Climate and Equitable Jobs Act laid the groundwork for Chicago to sign a $422.2 million agreement with Constellation New Energy LLC to provide renewable power to government buildings, streetlights and all other city assets by 2025.

It calls for city-owned buildings that consume the most energy to start drawing a healthy chunk of their power from a new solar farm under construction in Sangamon and Morgan counties.

Kathleen Barron, Constellation’s executive vice president and chief strategy officer, said the contract will “make a lasting impact in the fight against climate change and will build job training programs that will build the diverse workforce that will meet the equity vision” of the new state law-whatever that means.

Covering Illinois farmland with solar panels to power Chicago is not a good idea.

In other ‘green’ news, Illinois will be receiving over $148 million in federal money to build out electric vehicle charging infrastructure along its highways.

Pay No Attention to The Man Behind The Curtain

Last Friday, Governor Pritzker said of the Jenny Thornley matter that he knows “nothing other than what I read in the newspaper about it.” Yeah, right. That comment in and of itself is a joke because the media has barely covered this story.

His administration has been laughing off this CRIME since day one. The background to the story and Pritzker’s shameful response are both here.

JB Pritzker and Lori Lightfoot are taking great delight in enticing businesses to come to Illinois so their employees can abort their unborn babies.

They might have more success if they enrolled in some basic business and economics classes at a local Illinois community college. 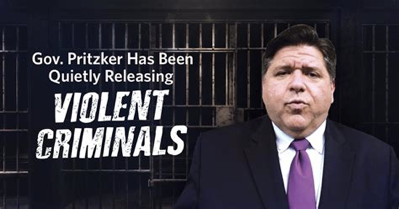 Doubling Down On Bad Ideas

Gov. J.B. Pritzker is defending the Safety, Accountability, Fairness and Equity-Today Act, (or SAFE-T Act), which abolishes cash bail beginning in January 2023 and overhauls police training, among other measures.

This is the second consecutive year that violent crime rates in Illinois have risen, according to a 2022 report by Safewise.com. In addition, the city of Chicago has seen a 27% increase in crime over the past two years. 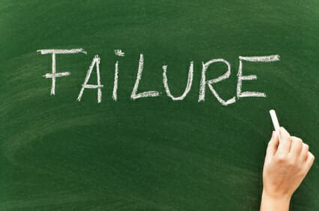 They Receive The Most $$ And Have The Worst Schools

In yet another example of corruption and incompetence, recent reports reveal that the Illinois Federation of Teachers union directed $3.4 million to its Chicago area affiliates. Only $18,164 went south of I-80…

…and the ENTIRE sum went to just one affiliate in Quincy.

Plan to Attend the Fair.

More information at this link.